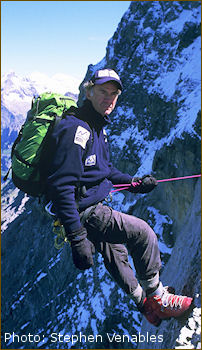 Born in the UK in 1944, just after his father was killed in the war. Brought up in South Africa and schooled in Eton College where he failed his A Levels. At the height of the Cold War, Sir Ranulph joined the Royal Scots Greys (Tanks) and went on to join the SAS in 1965/1966. At the time he was the youngest Captain in the British Army. Between 1968-1970 he fought Marxist Terrorists and received the Sultans Bravery Medal from HM the Queen. Between 1984 and 1990 Sir Ranulph was Vice President of PR and Adviser for Western Europe to Chairman of Occidental Petroleum Corp. In 1970 he married his childhood sweetheart and together they launched a series of record breaking expeditions that kept them ahead of their international rivals for three decades.

Some of these huge challenges include:

Books
Eighteen books including the UK bestseller (Times and Telegraph) in 1991 (The Feather Men) and in 2003, the top selling biography (Times).