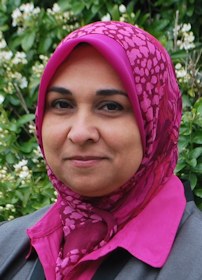 Salwa Mohamed Elhamamsy is an Egyptian short stories, travel literature and opinion articles writer. She belongs to the nineties generation of Egyptian writers. Her works reflect deep interest in human and social issues. She also tried to revive the old heritage of Egyptian contemporary writing in a new and socially reformist way. She started writing short stories and editorials since late eighties. Graduated at the Faculty of Mass Communication, Cairo University, she worked as a journalist at Al Ahram Newspaper from 1989 to 1994. Her first short stories collection “Dreams Restrictions” was published in 1993 by the biggest Egyptian Publishing Organization, the Egyptian Book Association. She started writing opinion articles on various social issues and problems from 1995 in several newspapers and magazines in Egypt and some Arab countries. In 2006, Al Ahram Newspaper, the largest Egyptian Newspaper, published Salwa’s first opinion article. Salwa’s writings usually tackle some of the social problems in the Egyptian and Arab societies.

In 2004, She co-authored a book about Egypt in English with an American writer. The book “Egypt, the valley of Life” shed light on various aspects of Egyptian contemporary daily life as well as a briefed history of Egypt throughout ages.

Salwa’s short stories writing continued to a higher level when she wrote her second and most published short stories collection “The Forties Desert” which appeared in 2005. With this collection Salwa managed to touch upon some of the deepest and most sensitive human feelings in a new way and link them to daily situations.

The collection was republished in 2006 and brought the writer’s name to a nominees short list of one of the most important and highly regarded literature Egyptian awards. Salwa’s fourth book was “Dairies of an expat in Singapore” in 2008. The book was her first attempt in travel writing . In 2010 “A Bride from Russia” was Salwa’s fifth book and her third short stories collection. One of the short stories in that collection, a Patriotic Citizen, was awarded as one of the best 10 stories in an International competition organized by “Biscuits Publishing House” Britain .

In all her works, She tried to explain how people from different cultures are more similar than what we think, They all almost share the same fears and carry the same hopes in their hearts and minds. She is now writing a novel (National Flowers). The main theme of that novel is sacrifice victims and martyrs who lost their lives defending the Egyptian revolution in 2011. Salwa is one of the writers who believe that the writing and literature in Egypt and other Arab Spring countries are not yet up to the level of the big shift that those countries have witnessed over the last 2 years. She think that the writers of those countries have to carry out many responsibilities, not only reflecting the sufferings and hopes of their societies, but also shedding light on the much needed social and cultural reform there.