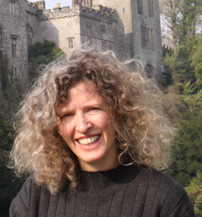 Though born in Ireland, Rosamund Burton grew up in England, until her father got a job with the Duke of Devonshire, and the family moved into the East wing of Lismore Castle. Rosamund went on to become an actress, performing at Dublin’s Gate and Gaiety Theatres, and in the film, Educating Rita with Julie Walters and Michael Caine. She then worked in London before moving to Australia 18 years ago. Rosamund now writes for a range of newspapers and magazines. She is married to an Australian and lives in Sydney. Castles, Follies and Four-Leaf Clovers: Adventures Along Ireland’s St Declan’s Way is her first book.