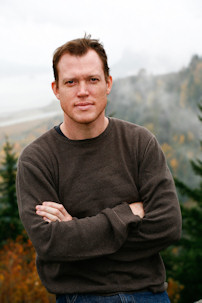 Rolf Potts has reported from more than sixty countries for the likes of National Geographic Traveler, the New York Times Magazine, Slate.com, Conde Nast Traveler, Outside, The Guardian, American Public Radio, and the Travel Channel. His adventures have taken him across six continents, and include piloting a fishing boat 900 miles down the Laotian Mekong, hitchhiking across Eastern Europe, traversing Israel on foot, bicycling across Burma, driving a Land Rover across South America, and (most recently) traveling around the world for six weeks with no luggage or bags of any kind.

Potts is perhaps best known for promoting the ethic of independent travel, and his book on the subject, Vagabonding: An Uncommon Guide to the Art of Long-Term World Travel (Random House, 2003), has been through twelve printings and translated into several foreign languages. His newest book, Marco Polo Didn’t Go There: Stories and Revelations From One Decade as a Postmodern Travel Writer (Travelers’ Tales, 2008), won a 2009 Lowell Thomas Award from the Society ofAmerican Travel Writers, and became the first American-authored book to win Italy’s prestigious Chatwin Prize for travel writing.

Rolf’s essays have appeared in over twenty literary anthologies, and sixteen of his stories have been short-listed for The Best American Travel Writing, including “Storming ‘The Beach,'” which Bill Bryson chose as a main selection in 2000, and “Tantric Sex for Dilettantes,” which Tim Cahill selected in 2006. His writing for National Geographic Traveler, Slate.com, Lonely Planet, Outside and Travelers’ Tales garnered him Lowell Thomas Awards in 2003, 2004, 2006, 2007 and 2009; and he’s been cited as an expert on independent travel by publications around the world, from National Geographic Adventure, to TIME Asia, to Italy’s La Stampa daily, to the Australian Financial Review, to the Russian edition of Newsweek.

Though he rarely stays in one place for more than a few weeks or months, Potts feels somewhat at home in Bangkok, Cairo, Pusan, New Orleans, and north-central Kansas, where he keeps a small farmhouse on 30 acres near his family. Each July he can be found in France, where he is the summer writer-in-residence at the Paris American Academy.