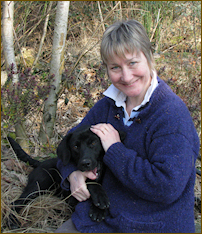 Pippa originally qualified in Interior Design but after a trip to Australia to sketch colonial buildings, returned to the UK and worked as an illustrator. In London she gained regular commissions for book and magazine publishers and national newspapers and became a Member of the Chartered Society of Designers. It was only when she had her own children however that she started writing children’s stories and poems, with her first poem published in an anthology in London in 1994.

In 2000 Pippa and her family moved to Beijing China, where she sketched scenes around Beijing. In 2005, she came to live in Ireland with her family and wrote and produced her book ‘A Meander in Beijing’. In 2008, to coincide with the Chinese Olympics, she held an exhibition of her sketches to raise money for a children’s orphanage in Beijing. During the exhibition period she launched her book and gave a series of children’s talks on Chinese culture.

As well as her children’s writing, since 2006 she has been heavily involved in the KCK Drama Club in Dungarvan, set painting and designing programs for their productions of ‘The Shaughraun’, ‘Cash on Delivery’, ‘Sive’ and most recently ‘Dancing and Lughnasa’.

In 2009, Pippa was awarded a bursary by Waterford County Council in the Children’s Fiction category to attend the Dingle Children’s Writers residential course.

Over the years, Pippa has written many children’s poems for varying age groups and her ambition is to write and illustrate her own children’s book. To this end she is currently working on a children’s picture book under the tutorage of Adrienne Geoghegan.