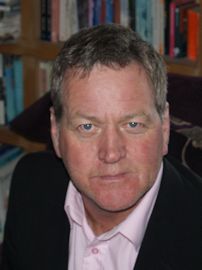 Michael is an international expedition leader and mountaineer with 25 years experience, climbing major peaks on 4 continents. He grew up in Waterford City where he trained as a carpenter. On completing his apprenticeship he set out on his adventures which would develop into a passion for mountaineering and a desire to visit remote places Having lived and worked abroad for many years (West Africa, Saudi Arabia, and the UK), Michael returned to Ireland in 1997. Since then he was an active member of the Comeragh Mountaineering Club for eight serving two terms as PRO. In 2006 Michael became the first Irish person to climb The North Face of Mt Damavand Iran.

Some of his past expeditions include:

Michael now lives near Dunmore East Co Waterford with his wife Gerardine and daughter Áine. Michael’s talk will focus on his experiences in Iran over three decades, from the Iranian revolution and the outbreak of the Iran Iraq war to his return journeys in 2006 and 2013.