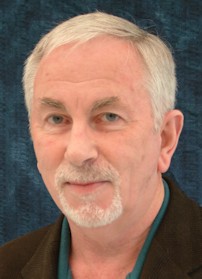 Michael McMonagle was born in 1953 and grew up on a small farm. His mother was a Public Health Nurse who travelled to see her patients on a bicycle and his father was actively involved in local drama groups. Michael now lives in Mountcharles, County Donegal with his family. He has a keen interest in planting trees and also likes to travel, sea kayak, cycle, hike, and observe wildlife.
Michael is a graduate of University College Dublin, he has worked in Community Development and as manager of Children’s Services within the Health Service Executive. He is currently involved in a number of community organisations and is a director of the Lifestart Foundation and chairperson of Tir Boghaine Teo.

Michael’s second travel book, ‘Footprints Across America’ published by Orpen Press retraces the route taken by a nineteenth century Irish immigrant on his way to the Klondike Gold Rush. His previous book, ‘Walking the Back Roads’ was published by Appletree Press.