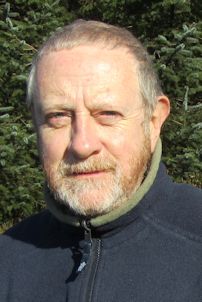 Michael Fewer was born in Waterford City in 1946. After his studies, he enjoyed thirty years as a practicing architect based in Dublin, winning a number of awards both in Ireland and abroad. He also lectured in the Bolton Street School of Architecture, and was a Fellow of the Royal Institute of Architects of Ireland when he changed direction more than a decade ago to spend more time travelling and writing. Since his first book was published in 1988 a further seventeen have appeared, dealing with walking, travel, history, architecture and the environment, including The New Neighbourhood of Dublin with Dr Maurice Craig, Doorways of Ireland, Rambling Down the Suir, and Michael Fewer’s Ireland.

He has contributed to radio and television programmes and over the last three decades has written many magazine and newspaper articles on walking, environment and travels in Europe. His most recent book is T J Byrne: Nation Builder, a biography of Ireland’s State Architect from 1923 to 1939. He is currently working The Battle of the Four Courts, which examines the beginning of Ireland’s Civil War, and Europe’s Western Fringe, a narrative of an exploratory journey along the west coasts of Portugal, Galicia and Ireland. Michael enjoys trekking in the Alps, the Pyrenees and the Appenines, and when not travelling, he divides his time between Dublin and County Waterford.