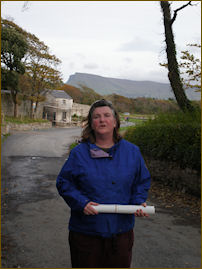 Born in Sligo, Mary Branley is the author to two collections of poetry.

Her poems also appear in two anthologies, Europe Is A Woman University of Barcelona 2007 (with Catalan translations) and the newly published The Watchful Heart A new generation of Irish Writers. Salmon 2009 and numerous journals and poetry magazines.

Mary was awarded the Patrick Kavanagh Fellowship in 2008, and is a recipient of an Arts Council bursary this year.

She has been writer and workshop facilitator with KidsOwn Publishing Partnership since 2001 and worked on 14 publications. This Is The Place KidsOwn 2008 received a multicultural and media award with Metro Eireann last November. Smile KidsOwn 2008 was named by Robert Dunbar in Irish Times top 30 children’s book list.