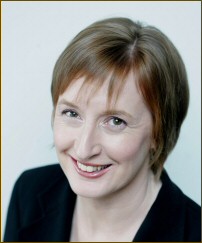 Margaret Ward has been Foreign Editor at RTE, Ireland’s public service broadcaster since 1999. As well as managing RTE’s international news coverage she has reported from more than 20 countries.

She has covered several conflicts including the Balkans, Afghanistan, Rwanda and Sudan. She has made a number of documentaries for RTE, one on the Rwandan genocide, one on the involvement of Irish soldiers in World War One and another on Afghanistan. She was RTE’s location producer for its coverage of the Good Friday Agreement and the Omagh bombing.

Prior to her career Ms Ward, who is a languages and business graduate, worked in marketing and the NGO sector.