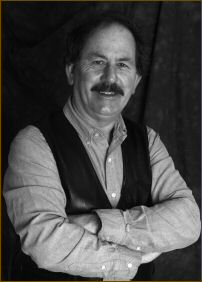 Liam Ó Muirthile was born in Cork city in 1950, the first of nine children. He attended Clochar na Toirbhirte, Scoil Chríost Rí and Coláiste Chríost Rí. He has spent time in the Corca Dhuibhne Gaeltacht since he was in secondary school. Liam then went to UCC on a City Corporation scholarship. He spent a year in France during this time and went on to get a BA in French and Irish. Seán Ó Riordáin and Seán Ó Riada were very influential in UCC at this time and Seán Ó Tuama was Professor of Irish. Michael Davitt, Nuala Ní Dhomhaill and Gabriel Rosenstock were contemporary students of Irish and they launched the acclaimed poetry publication Innti.

In 1972 Liam left Cork and made his way to Dublin. After a brief stint in Gael-Linn he moved on to RTÉ. He was a full-time member of the news-staff from 1973 to 1991, working on radio and television. He left RTÉ in 1991 to devote his time to creative writing in Irish. He has been a full-time writer and freelance journalist since then. He contributed a weekly column to The Irish Times from 1989 to 2003.

His first collection of poetry was Tine Chnámh and it received the Ó Riordáin Prize at the Oireachtas. He was presented with the Irish-American Cultural Foundation Prize (1984), the Butler Award (1996), the Arts Council Prize (2001) and Gradam Chló Iar-Chonnacht (2000) for his poetry collection Walking Time and Other Poems.

Liam is also a dramatist. Amharclann de híde produced his play Tine Chnámh in Dublin in 1993, Fear an Tae was produced in the Andrews Lane Theatre in 1995 and Liodán na hAbhann in 2000. His novel Ar Bhruach na Laoi won the major fiction award in the Oireachtas (1995). Liam is a member of Aosdána and lives in Dublin.