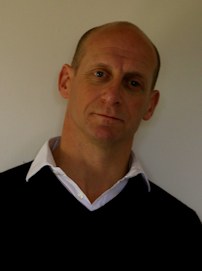 After twelve years service in the Coldstream Guards, including operational tours in Northern Ireland and Bosnia, Harry Bucknall, 48, worked in the oil and mining industry and as a consultant in the Middle East. He has also produced theatre on the London Fringe, sat on the Olivier Awards Panel and acted as reviewer for Arts Council, London and a number of West End publications.

Like a Tramp Like a Pilgrim
In the summer of 2012, Harry set out from London and walked 1,411 miles to Rome through England, France, Switzerland and Italy following the ancient Via Francigena; the journey took 94 days. Published by Bloomsbury in July 2014.

“My congratulations to Harry Bucknall. I thoroughly enjoyed Like a Tramp Like a Pilgrim. It’s a wonderful book.” Martin Sheen, Hollywood, USA

“Harry Bucknall is my sort of pilgrim. This is one of the happiest books I have read for a very long time. I loved it.” John Julius, Norwich

“A boisterous, jubilant adventure”. The Times

In The Dolphin’s Wake
Published by Bene Factum in June 2011, is the tale of Harry’s 5,500 mile journey from Venice to Istanbul, in the summer of 2006, through the Greek Archipelago.

“… I have to tell you that I very much enjoyed it, relished its loitering, laid back style of writing as of travelling, and learnt a good deal from it along the way.” Jan Morris

He splits his time between London and Dorset and lives with an errant Jack Russell, Sam.