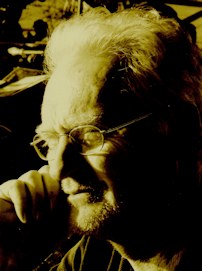 Born in 1951 in London. After leaving school Gerard joined the Merchant Navy. After sailing around the world he married in 1969. He became a gardener and worked on private estates. Had four children. He and his wife Linda fostered 220 children. In 1980 Gerard changed profession to become an international mural artist. Because of an illness in 2012 Gerard lost the sight in one eye and no longer paints murals. Whilst recovering he was able to complete the book “But for Ireland I’d not tell her name” which had begun with a visit to his great uncle Joe Collins in 1982.

Gerard’s father was South African and his mother Annie Collins came from Botany (New St.) in Lismore. She moved to London as did most of the Collins family in the forties. They left behind Mossie and Lizzie Collins who lived in Botany until they died. Gerard was fortunate to meet and record Lizzie when she was 99 years old.

Gerard lives in Cornwall and is still painting and working on ideas for new stories.