Devonshire Cream Tea will be served for ‘Devonshire Day’ on Mother’s Day Sunday, March 22nd 2020 at Lismore Castle in County Waterford. The event has become a perennial at the castle, with guests served Devonshire cream tea in the Pugin Room under the guidance of the duke of Devonshire’s butler, Denis Nevin, and also given a guided tour of the gardens by the head gardener. 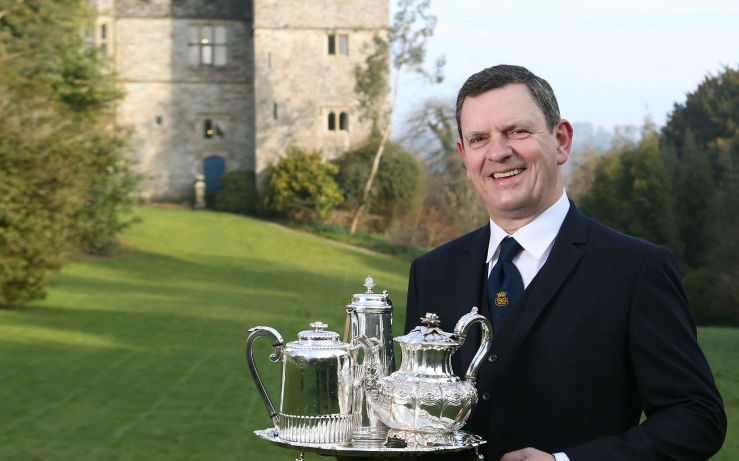 Garden Highlights
The Lower Garden was formerly known as the ‘Pleasure Grounds’ and is spectacular in the springtime. A number of camellia, rhododendron‘s and some particularly magnificent magnolias can be found here. There has been extensive planting over the last number of years and the gardens are being constantly refined and improved. The walls surrounding the garden date from the early 18th century and have been planted with roses such as Francis E, Lester, Bobbie James, Rambling Rector to name but a few. The Lower Garden also boasts some spectacular sculptures by well-known artists Eilis O’Connell, Anthony Gormley and Marzia Colonna.

The Upper Garden is one of the few Jacobean gardens to survive in anything like its original form. The first Earl of Cork helped by his gardener John built a high surrounding wall and a raised terrace terminated at either end by turrets. The Central Walk, which is between the herbaceous borders, is backed by yew hedges and was laid in dramatic alignment on the Pain spire of the Anglican Cathedral. The hedges provide a suitable background for the herbaceous borders as one walks towards the top terrace. Located here are some artistic works by Bridget McCrum, Simon Thomas, Emily Young and Edwin Whitney Smith.

The fundraiser is organised by the Immrama Festival of Travel Writing committee. The use of the castle and gardens for the fundraiser is by permission of the owner of Lismore Castle, the Duke of Devonshire.