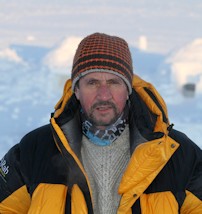 Charlie Bird has had a long and distinguished career in Irish Journalism. He joined RTE – The National Broadcaster – in 1974 as a researcher with the Seven Days Programme. In 1980 he joined the RTE Newsroom as a reporter and in September of 2012. During his period in the RTE News Division he has held the title of Chief Reporter, Special Correspondent, Chief News Correspondent and Washington Correspondent.
In November 2004 University College Dublin awarded him an honorary doctorate in law. Charlie Bird has been at the heart of every big news event for over thirty years, breaking exclusive stories and interviewing presidents and prime ministers. He made his name as a front of camera reporter covering the news as it happened not only at home in Ireland but also on the International scene.

During his career as a news journalist he reported on the upheavals of the Haughey/Fitzgerald years: Charlie Haughey even once said jokingly that he was his favourite reporter.He also covered the formation of the Progressive Democrats; Labour’s Springtide in 1992 and the governments of Albert Reynolds John Bruton and Bertie Ahern.

For over ten years from the start of the peace process in Northern Ireland Charlie Bird was RTE’s contact with the IRA. He was one of a number of journalists who met with leading republicans in the lead-up to the 1994 and 1997 ceasefire declarations.

In 1998 Charlie Bird along with his colleague George Lee were awarded Journalist of the Year for their work in exposing wrong doing at National Irish Bank. In a landmark Supreme Court Judgment (Friday 20th March 1998) in the lead up to the Broadcast of the NIB stories, by a majority of three to two, the Supreme Court decided the public’s right to know was judged more important then National Irish Bank’s right to protect the confidential relationship with its customers. An editorial in the Irish Times Newspaper welcomed the court decision which, it said, represented: A significant tilt by the courts in favour of press freedom… an encouraging signal that it (the Supreme Court) also recognizes that the public interest can be served by investigative journalism… The Supreme Court ruling should concentrate the minds of policy makers. They have obdurately refused to amend the State’s penal libel laws and seem content with a situation in which journalists operate within one of the most restrictive legal environments in the developed world.

Charlie was subsequently involved in Ireland’s longest libel case. RTE and Charlie Bird won the case which had been taken by the Fianna Fail TD, Berevley Cooper Flynn. After that Charlie investigated a number of other bankings scandals including one involving foreign exchange over charging at Allied Irish Bank.

In January 2009 he took up the post of Washington Correspondent with RTE News. He covered the election of President Obama and his historic inauguration in Washington which was attended by over two million people.

Photo taken from the ‘Living on Top of the World Project’ for the Irish Times.