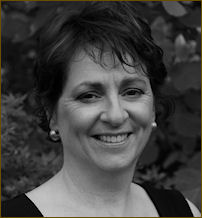 Catherine de Courcy is an author and historian who born and reared in Dublin. She met John Johnson, an Australian army officer and Vietnam veteran, while working in Papua New Guinea in 1986 and moved to Melbourne with him. Together they travelled the Australian outback and wrote two highly successful travel books. Following John’s death by suicide in 2000, she approached her grief as a tough adventure into the unknown. Drawing on tales of explorers and mystical cultures for inspiration, she pursued the indefinable goal of recovery with determination and good humour. Five years after returning to Ireland and satisfied she had fully recovered, she wrote about her explorations and challenges in a book, ‘An adventure in grief’.

Catherine is also an authority on the history of zoos and is currently completing an illustrated history of Dublin Zoo, scheduled for publication by The Collins Press in October 2009.

An adventure in grief is published by The Collins Press.