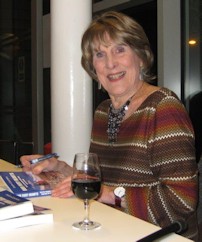 At school, it was the enthusiasm of my geography teacher, which made the world seem a magical and exciting place, and it was without a doubt, under her tutelage, that the seeds were sown for my wanderlust and curiosity about other peoples and places.

I didn’t get seriously travelling until my children were grown up. Apart from Europe my travels have taken me many times to Uganda and Kenya where my son lived for 20 years.

In 1992 I sailed in a 48 ft yacht with four other friends from Phuket, Thailand, via Sri Lanka, Djibouti, Port Sudan, Port Suez, Alexandria and Malta to Gibraltar. A life-changing experience.

I have also travelled in Russia, Mongolia and China via the Trans-Mongolian Railway in 1994. In Papua New Guinea in 1996 I explored the Middle Sepik River by canoe, staying with the local people in their long houses and learning how to do without most Western “essentials”.

I have been several times to South America, including a river odyssey in Guyana.

Journeying in Kamchatka in 2000 and 2006 gave me the material for my book – “Kamchatka – A Journal and Guide to Russia’s Land of Ice and Fire, and in March 2008, I had the honour of being invited by the Royal Geographical Society to be a member of a panel of “experts” on Kamchatka, after which I was made a Fellow.

Central Asia’s scenery of mountains, deserts, fantastic ancient buildings, and embarrassingly generous hospitality made it one of the most fascinating of my travels. The result of these wanderings was my second book, “Our Fiery Hearts”.

My friend Elise and I travel independently, and will continue our travels as long as we can cope with the strictures of today’s airports!

Anthony Sattin is a specialist on North Africa and the Arab world and the author of several highly acclaimed books of history and travel. Giles Foden identified him as one of ten key influences on travel writing today.

He began writing fiction and was a graduate of Malcolm Bradbury’s University of East Anglia Creative Writing programme. His fiction appeared in several magazines and was published by Jonathan Cape.

His non-fiction has included a travel book, The Pharaoh’s Shadow, an account of his search for Egypt’s surviving ancient culture, and a history, The Gates of Africa, which tells of the creation of the world’s first geographical society and the search for Timbuktu. Anthony discovered and edited Florence Nightingale’s letters from Egypt, which provided the inspiration for his most recent A Winter on the Nile, an account of parallel journeys to Egypt made by Florence Nightingale and Gustave Flaubert. He has also edited and contributed stories to many anthologies, including to the forthcoming Ox-Travels, a fund-raising collection of the best contemporary writers.

His award-winning journalism on travel and books has appeared regularly in the Sunday Times, Conde Nast Traveller and publications around the world. For 8 years, Anthony contributed a weekly book column to the Sunday Times.

A fellow of the Royal Geographical Society, editorial advisor on Geographical Magazine, founder-member of Travel Intelligence and ASTENE (the Association for the Study of Travel in Egypt and the Near East), Anthony has also written and presented on television and radio, including several high-profile documentaries for BBC Radio 3 and 4. Anthony is a regular speaker at literary festivals and societies and has taught place-based writing in the UK, Morocco, Kyrgyzstan and elsewhere.

Dubliner Mary Russell spent the last ten years travelling round Syria – by local bus, by bike and on foot. She knows enough Arabic to ask the way, buy some bread and complain, as tactfully as she can, about lumpy beds. My Home is Your Home, a celebration of an intriguing and complex country and of its many and diverse peoples, is a welcome antidote to the horrors of the current situation. Her numerous survival strategies, the mainstay of the solo traveller, will be on offer during her lunchtime talk on Saturday June 9th. But bring your own as well – you never know when you might need them. 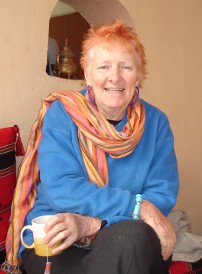 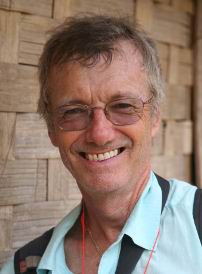 Following the ‘hippy trail’ from England to Australia in the 1970s led to the creation of Lonely Planet Publications. From a single self-published title the business grew to more than 500 staff, offices on three continents and 100 million books sold before BBC-Worldwide’s takeover was completed in 2011. Despite which Tony’s interest in travel is still very active. In recent years that has included riding a stage in the Tour d’Afrique bicycle ride, driving from London to Gambia in West Africa in an old car and then driving around Switzerland in a Tesla electric sports car or travelling to Baikonur in Kazakhstan to see a ‘space tourist’ ride a Soyuz rocket up to the international space station.

Tony claims that each year he spends six months at his home in London, six months at his home in Melbourne, and six months everywhere else. With a wife, Maureen, who is not only ‘handsome’ and ‘pretty,’ but also a ‘belle from Belfast City’ he also has a keen interest in Ireland and co-authored the first Lonely Planet Ireland guide and wrote their first Dublin guide. He’s currently working on a follow up to Bad Lands, his book on travelling through George W Bush’s ‘Axis of Evil’ trio and assorted other misguided countries. 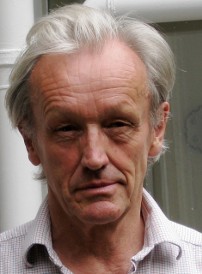 Colin Thubron is a well-known travel writer and novelist. His first books were about the Middle East – Damascus, Lebanon and Cyprus. In 1982 he travelled by car into the Soviet Union, a journey recorded in Among the Russians. From these early experiences developed his classic travel books on the landmass that makes up Russia and Asia: Behind the Wall: a Journey through China; The Lost Heart of Asia; In Siberia; Shadow of the Silk Road; and now To a Mountain in Tibet. He has won many prizes and awards. He is also a distinguished novelist, whose A Cruel Madness won the 1985 Silver Pen Award. In 2010 he became President of the Royal Society of Literature.

Artemis Cooper’s previous books include Cairo in the War: 1939-1945, Writing at the Kitchen Table: The Authorized biography of Elizabeth David, and Paris After the Liberation: 1945-1949, which she wrote with her husband Antony Beevor. Her biography of Patrick Leigh Fermor is based on unrestricted access to his private papers, and interviews with him in England and Greece over several years. 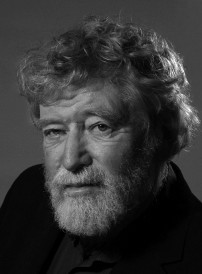 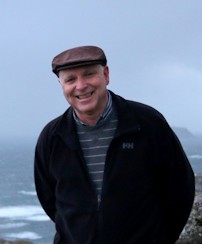