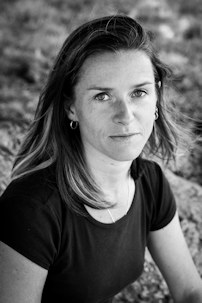 Antonia Bolingbroke-Kent is a travel writer with a particular love of lengthy and occasionally arduous journeys on two and three wheels. This obsession dates back to 2006 when she co-piloted a pink tuk tuk, Ting Tong, a record-breaking 12,561 miles from Bangkok to Brighton with her friend Jo. Through this trip they raised £50,000 for Mind, were named Cosmopolitan magazine’s ‘Fun, Fearless Females of the Year’ and subsequently wrote Tuk Tuk to the Road.

Antonia has since wobbled around the Black Sea on a zebra-print Honda Cub, survived an attempt to reach the Arctic Circle on an old Russian Ural and, most recently, spent two months battling the mud and mountains of Indochina’s Ho Chi Minh Trail on an ancient (also pink) Honda Cub. Her second book, A Short Ride in the Jungle recounts the tale of this gruelling, thrilling and occasionally terrifying journey which saw her encounter a cast of colourful characters and experience a region going through unprecedented change.

Her talk at Immrama will be about this book.