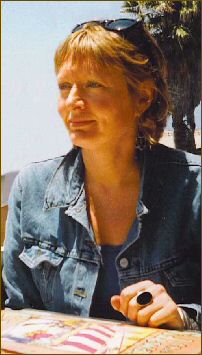 Anne Roper is both a writer and a television producer/director working for RTE TV. As a journalist, she has contributed travel articles to The Irish Times, IMAGE magazine and The Sunday Independent newspapers. While making documentaries, she has travelled from Africa to Asia and most recently, to Alaska for ‘Women Of The Gold Rush’, part of RTE’s Hidden History strand.

She is currently working on a profile of another Irish woman traveller and adventurer: the Victorian actress and courtesan, Lola Montez.

Lecture Title: North To Alaska (The Real Top Of The World!)

About ‘Women Of The Gold Rush’: a 52 minute documentary produced & directed by Anne Roper.

Before Ernest Shackleton and Tom Crean donned snow shoes south, three formidable Irish women trudged across Alaska’s frozen frontier dressed only in whalebone and long skirts. They had already made the perilous journey from famine Ireland to America, in search of a new life. By 1898, the gold fields of the Klondike were firmly in their sights. While for some, reaching El Dorado meant a life of wealth and independence, for others, tragedy lay at the end of their arctic journey to the top of the world.